No other place can delight the senses of smell and taste like Crete.

A perfect combination of mountains, sea, earth and sky

Feel the power of the Cretan nature

Places to see. Walking and Hiking.

The traveler can use Ierapetra as a point of departure to make trips to the beautiful villages of the region, by the sea or in the mountains. Several villages in the interior offer to the visitor a traditional atmosphere and lifestyle, making Ierapetra a beautiful resort for your holidays on Crete. There you will experience the famous Cretan hospitality, taste some of the local unique specialities like "staka", "mizithropites" and "dolmadakia".

The villages of Episkopi, Anatoli, Myrtos, Ai Ghianni, Kalamafka, Kavousi are rich in monuments, monasteries, fortresses and remote beaches waiting for you to discover them.

Gournia, is one of the most noteworthy archaeological sites in Crete and the best preserved of the Minoan settlements. It is located 15 km. north of Ierapetra. It appears to date from 1600 to 1400 B.C. The ruins, consist of a town overlooked by a small palace. The town of Gournia is a network of streets and stairways flanked by houses with walls up to 2m. height.

The Gorge of HA

The gorge of Ha is located 8 km. north of Ierapetra. Ha is a place where many species of Cretan flora and fauna exist. If you are lucky you might see eagles or vultures.You can also see an incredible number of wildflowers.

The southernmost natural park in Europe. One hour by boat from Ierapetra finds you on a tropical island. The island of Crissi is located 8 miles south of Ierapetra. The island is almost flat with colorful volcanic rocks covered in white sand and aquatic fossils. The shallow crystal blue-green waters,the sandy beaches , the millions of sea shells which are widely spread on the north beaches and the rare cedar forest are the most impressive features of the island.

The island is protected by national and European legislations.(Natura 2000).

The village of Mithi is located 20 km. west of Ierapetra. It is a sparkling charming village of whitewashed houses. Within a short distance from the village starts the wonderful gorge of Sarakina with plenty of water and vegetation.

West of Ierapetra and near Myrtos, on a low hill known as Fournou Korfi was found the prehistoric settlement of Myrtos,dating from the Early Minoan period. 90 rooms and other areas, designed for a variety of uses, have been excavated. One of the rooms served as a sanctuary. Among the ruins of the settlement a number of pots, stone seals, daggers, weaving implements and a statue of a goddess were found.

Take the boat from Tholos beach, 3 km from Kavousi  and you will have the chance to visit  the small Minoan town on the uninhabited  island of Pseira, a couple of nautical miles north off the coast of Ierapetra. The trip continues to the magical beach of Agriomandra where you can swim, relax and sunbathe in one of the most hidden beaches of Crete. For more Information and guidance you can apply in our reception office.

The Monumental Olive tree in Kavousi

The ancient olive tree is located in the village of Kavousi, on the site of "Azorias", about eleven kilometers north east of Ierapetra. The dimensions of the tree trunk measured at height of 0.8m and mainly its largest diameter is 4,90m and its perimeter at this height is 14,30m. According to the method with the annual growth rings the age of this tree is estimated at about 3450 years BP (is 3312 years old in 2012). This olive tree is a natural monument,  it is the oldest olive tree in the world! The olive tree has been declared by the Association of Cretan Olive Municipalities as a natural monument because of the large size of its trunk and because of its location near three ancient settlements: Vrondas, Kastro and Azorias, where several artifacts related to olive oil have been uncovered.

The Milonas Gorge is a gorge, situated near the village of Agios Ioannis, 7 kilometers east of Ierapetra. It has a large waterfall at the end of the walking path. The walking path is only a 30-minute walk from the road and it is quite easy to follow as it is well signed. At the end of the path, you will find the 40-meters height fall of Milonas. The best season to cross the path is in spring, since the waterfall has plenty of water, while in summer, although nice as well it can be much drier.

Selakano is one of wild beauty and one of the most important ecosystems on Crete island and the whole Mediterranean Sea, and so included in the Natura 2000 network. A pine forest, in a mountain setting, it begins some 35 km to the northwest of Ierapetra and runs on up the slopes below the summit of Afendi Christos peak of the Dicte massif. The forest lends itself to walks unlimited in a landscape that alternates between steep slopes, ravines, full-blown gorges (that of Selakanos itself is well worth a visit), springs, streams and forest glades. Access is through the villages of Selakano and Kalamafka: a network of forest roads spreads within; the E4 Walking Trail passes through too. 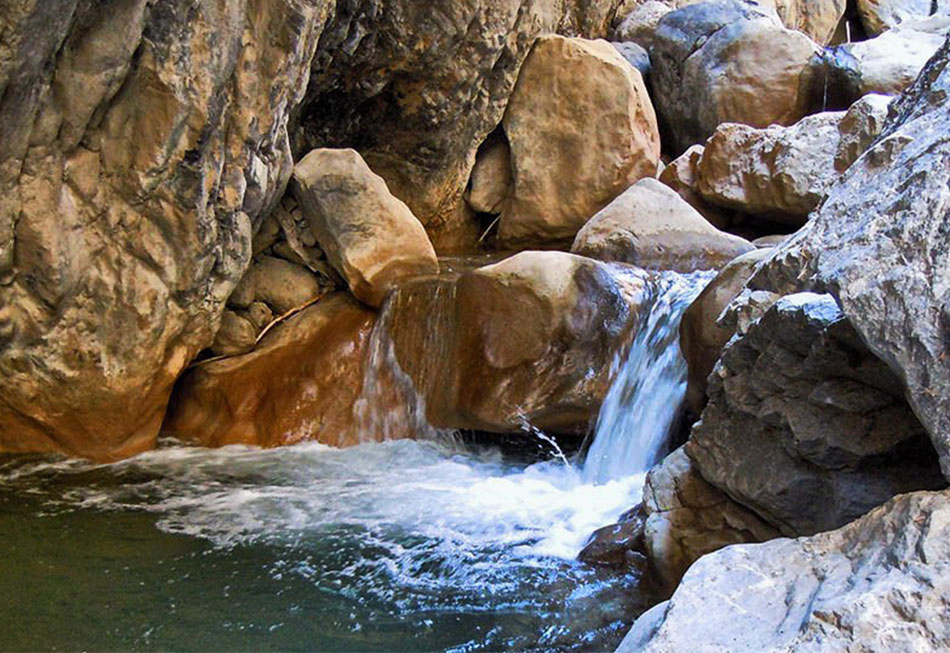 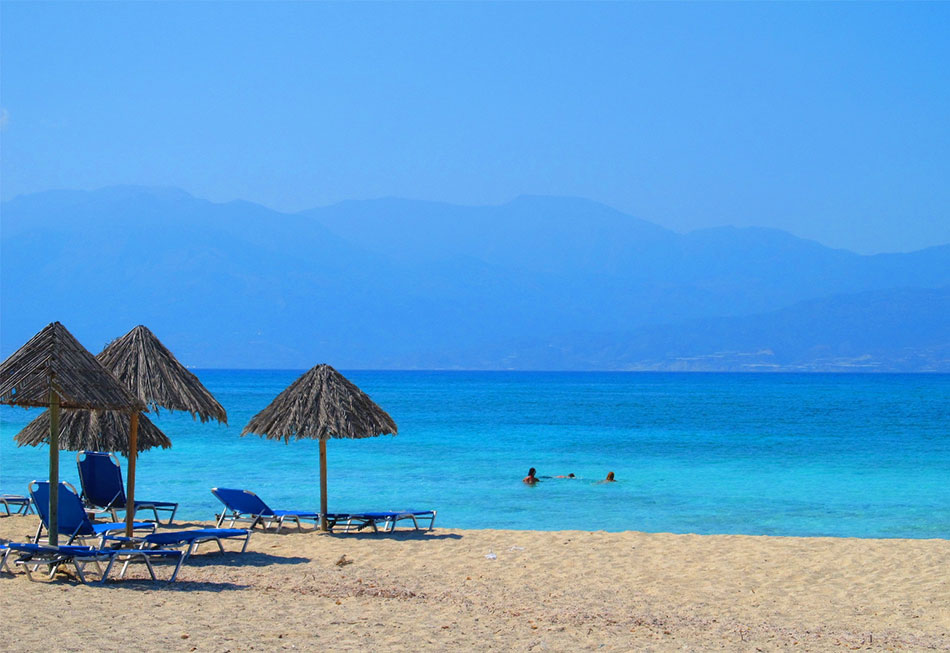 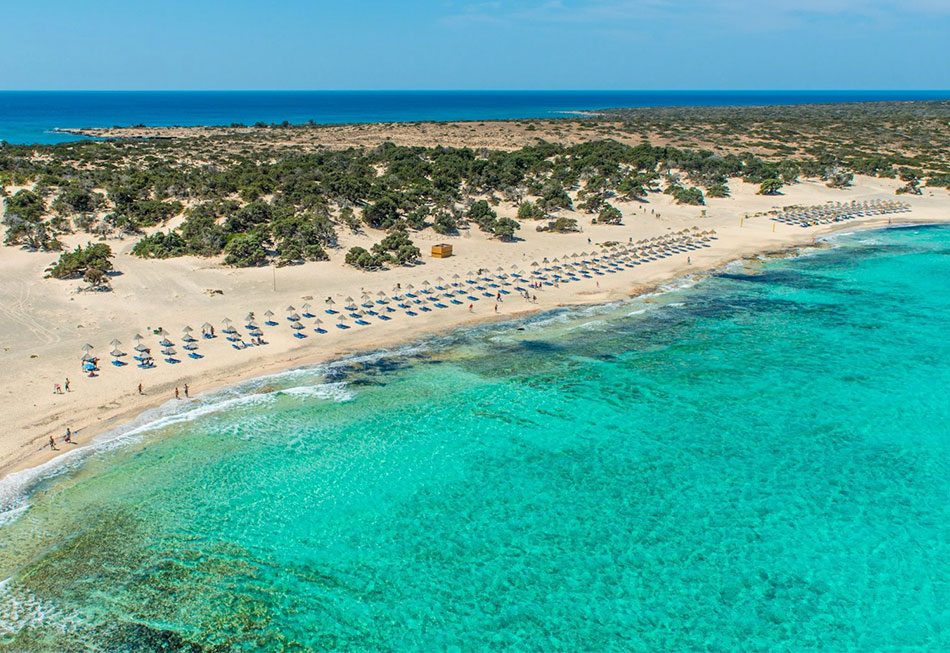